With special permission from Sibelius's heirs, the authors gained unprecedented access to the private collections of his home, Ainola, and the National Archives of Finland. Vivid new and vintage photographs enliven the dramatic tale of Sibelius's life (1865-1957).

"The master is quite a gourmet," said his private secretary Santeri Levas. This was evident on his frequent travels.

Sibelius was fond of England, where his passion for oysters was reawakened. He feasted on local fare in Italy and in Berlin, where he visited some 40 times.

In Helsinki, Sibelius and his artistic circle held legendary dinner parties at the Hotel Kämp. At Ainola, he and his family dined on traditional Finnish fare: game, seafood, vegetables and fruit straight from his wife's beloved garden, as well as homey delights such as whipped lingonberry pudding.

In 1914, Sibelius made a successful concert tour in the United States, where he enjoyed the utmost in luxury. His millionaire patron, Carl Stoeckel, wined and dined him at New York's finest restaurants such as Delmonico's. As they savoured caviar, salmon, guinea fowl, cheeses and champagne, Stoeckel met his gastronomic match. 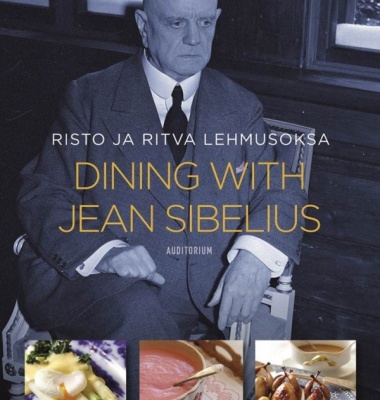